"ONE OF OUR SONGS ... CAN MAKE THE DIFFERENCE!"

James Bobchak is a native of Santa Fe, New Mexico. James is the middle of five siblings, born to a Czech father and a Spanish mother. As a young child, James grew up in
the Land of Enchantment surrounded by a family of musicians, notably his grandfather, Tony Rivera, who was a well-known mandalin and guitar player. James recalls playing guitar since the age of 7, being influenced through various genres to include rock, jazz, classical and flamenco guitar. James started fine tuning his craft at the age of 13 when he began taking classical guitar lessons from Pat Carralli, who herself was a student of the great Andres Segovia. James attributes his style of music to his influences in rock, jazz, flamenco and classical guitar, including Carlos Montoya, Yngwie Malmsteen, Paco de Lucia, Carlos Santana and Gregg Allman.James remained in Santa Fe until the age of 23 when he sold all his possessions and moved Los Angeles to expand his knowledge of music by attending Grove School of Music in California. Upon graduating from Grove, James moved back to Santa Fe and began performing flamenco guitar locally at various venues in down town Santa Fe. At one of these venues, James was discovered by Vavy Lozano, a producer for the famous Juan Gabriel. This meeting led to James recording his first CD at Juan Gabriel’s studio in Nambe, NM. This CD, was named Consuelo, after his mother who was a huge influence in his life and who passed away when James was 18. This recording experience opened many doors for James, who began building his own recording studio to tune into his song writing, engineering and production abilities. This allowed James to work on multiple personal projects, engineer for local musicians and eventually work on music projects such as The Postman (Kevin Costner).James signed a recording contract with New Earth Records in 1995. His original Consuelo CD was renamed Santa Fe Sunrise and released internationally. He recorded and released a second CD, Sundance Flamenco, with New Earth Records, completing a majority of the production at his recording studio, Bobchak Music, in Santa Fe.

In 2022, James, is releasing his new and Extraordinaire album Gipsy, Performed, produced, arranged, composed and recorded by himself, in his studio in Santa Fe, New Mexico for Alvani Tunes exclusively. Recorded during the most difficult time in the world stage, this album took two years to be completed. 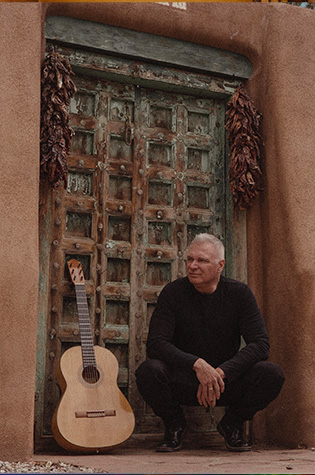 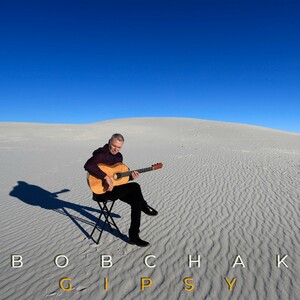 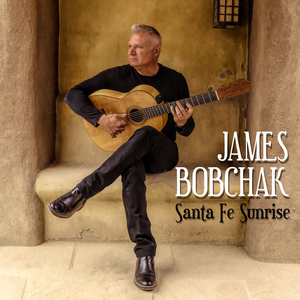